The Spark Awards Backstory: A Spark in the Dark

The story of Spark starts with a competition created by events producer Peter Kuchnicki in February, 2001. As Peter tells it, the time for change was at hand. “In the ten years prior, we had produced over 60 conferences and events, mostly for the advertising and media businesses. A few competitions were in that mix, so we knew they were fun to be involved with. Conferences are difficult and commercial topics were becoming boring. We wanted to break out and support sustainable design, advanced transportation and universal design. We needed another platform.”

Peter continued “In 2000 we began a series of conferences for the multi-disciplinary design magazine, Metropolis, with famous Editor Susan Szenasy. These were excellent affairs and introduced us  to a delightful group of designers and architects. We were very impressed with this audience, but the Metropolis Conferences were coming to an end. Remembering our earlier work in the advertising community, we created a new awards competition as a side-event to the last two conferences. We called it Designing Worlds.”

Designing Worlds was a side-event that became the main event. Jerry Brown and Bobby Kennedy Jr. were the keynote speakers, the entrants were all students and the subject, sustainable design. As Peter related, “From the audience reaction, we knew this was the future. Now we had to turn it into an ongoing operation,”. “We took a little longer than planned – other events in 2001 took precedence. When we came back to the project, our friends in the related design disciplines were adamant about one thing—they were just not going to support another highly commercial, peer to peer design competition.” Brent Oppenheimer, Principal of O+Co in NYC, made it clear: “We have dozens of these things—we are obligated to enter them but they give me no pleasure. We’re looking for a higher angel—a way to promote societal advancement and innovation—not just ourselves.”

A unique fusion of talented professionals began to fashion the Spark initiative—top designers like Kit Hinrichs, then a senior Pentagram partner, Sam Lucente, then head of all design for Hewlett-Packard, pioneering digital film-maker Drew Takahashi and many others– filmmakers, advertising folk, architects, all types of designers, kids and a few moms and dads. Media partners helped too—like the hot US magazines Dwell and Automobile, China’s Design 360, Australia’s Curve and Korea’s DesignNet Magazine and Monthly<Design>. A few enlightened corporations began to underwrite the project too—Autodesk was—and is an essential partner. Special support was provided by the late great Marc Gobé, CEO of Emotional Branding, Brent Oppenheimer, founder of O+CO and the partners at Essential in Boston.

So, as Peter “made the rounds” and gathered  the new Spark Awards Advisory Council and Community Boards, the mission gradually evolved to become the initiative you see today. Their motto “One For All” reflects the “design for everyone” scope of the program. Simpler yet, the Spark “elevator speech” boils it down to four tenets: Spark supports Multi-disciplinary, Multi-cultural, Global and Aspirational Design–for all.

This project took root with the Cyllabus productions of Designing Worlds, a sustainable design competition, and the Big Studio, a White Paper co-written with Dan Sturges, proposed to the Smithsonian National Design Museum as the first U.S. pan-design organization.

Designing Worlds III took a new direction after the terrible events of 9-11. 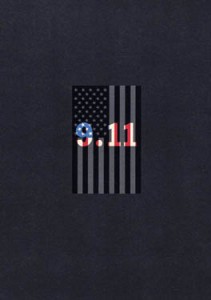 We launched a web-based call for entry, for tributes to the honor and courage of those affected. Although the site is not actively maintained, several of the tributes submitted are available for viewing here.